Boston based Throwing Muses were the first American group to sign to cult independent record label 4AD, who was churning out 'alternative rock' well before the term existed. The band was formed in 1983 by step-sisters Kristin Hersh and Tanya Donelly.

The  band drew influences from punk, folk and rockabilly without ever actually falling into any of those genres themselves.

Throwing Muses won over fans in the UK with their eponymous debut album, followed by two EPs, Chains Changed and The Fat Skier, in 1987. The following March saw the release of second album House Tornado. When they toured for that record they were supported by another Boston favorite, the Pixies.

Through the years they created five full-length albums, two collections of their work and had numerous solo outings for each of the members..

Purgatory/Paradise will be the band’s first collection of brand new music in over ten years. The album/book is an interesting project and treat for the fans. 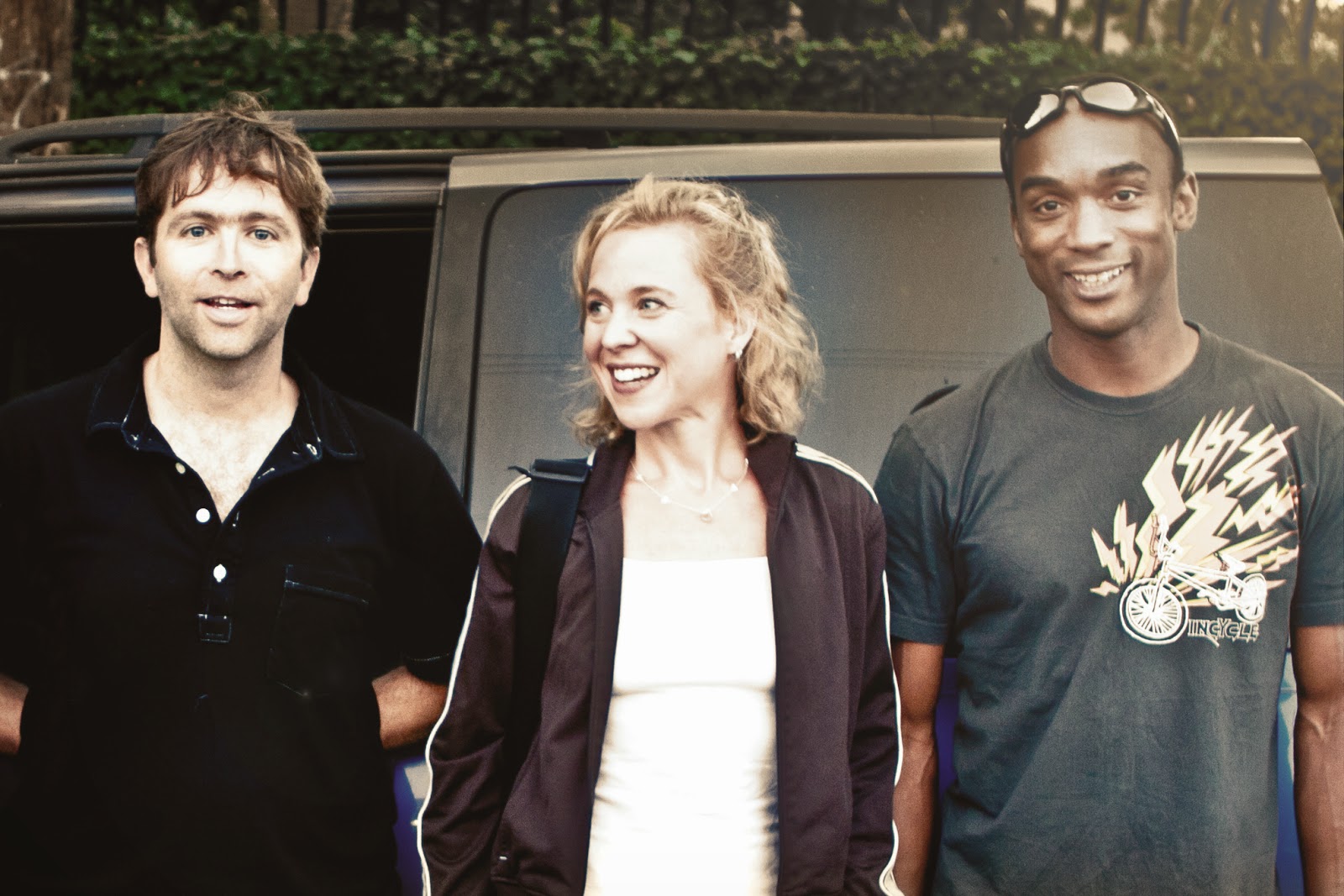 In their own words....“After the success of Kristin Hersh’s solo album, Crooked, as a book I was hoping that one day we might be able to do the same with a new Throwing Muses album, and for it to be their first new release in a decade really is a coup. I am particularly pleased that the band have agreed to make extra material available making this physical edition the must-have version of the album.” The book that accompanies the album is "a deluxe 64-page book which also contains more than two dozen photographs and artwork by Kristin Hersh and band member Dave Narcizo; lyrics for each song; stories and essays that accompany each track written by Hersh; and instructions for downloads of exclusive content, including demos and outtakes".

Fans of classic Muses albums will not be disappointed with this release. It checks all the boxes and fits in perfectly with their other amazing albums. This is definitely a band that is NOT past their prime.

I was lucky enough to get a small interview with Kristen, who took the time to talk to me between touring and writing books.

Kristin, Thank you for taking the time to speak with me.

I've been a fan of your for years. Regardless of it being your time in Throwing Muses or your solo work. I always love to see artists that change with the times and continue making the music they love. So many fade away into obscurity, I am glad you are not one of them!

Pretty sure I've always been obscure, so I didn't have to fade anywhere, just hung out for a couple decades.

With bands like Lush, The Cure, The Pixies, REM, Jane's Addiction, Catherine Wheel, The Breeders and the Violent Femmes becoming hugely popular.....the late 80's and early 90's were a pivotal time for "alternative" music.

Many (including myself) consider Throwing Muses as one of the leads in that movement.  I mean come one...you were on the 4AD label before it was cool.  :)

What was it like putting the band together during that time?

We were always on our own planet. We come from an island where you either surf or you're in a band and we couldn't surf, so we started a band. When people paid attention, it confused us.

I know you were all pretty inexperienced at the beginning, your drummer didn't even know how to play when you started....did that play into the shifting tempos and unique song structures you guy became known for?

Dave was actually a "snare prodigy" - he'd just never played a full kit before - and Leslie was classically trained. I studied classical guitar for 5 years, but the songs I wrote had very little to do with following rules. The shifting tempos, unusual chord progressions and structures were the result of us trying to let songs, rather than rules, tell us what to do.

Was it hard to get signed early on?

We were courted by almost every major label for some reason. Good reviews and a buzz, I guess, which won't get you anywhere today. We actually only chose 4AD because they offered us a one album deal. Seemed safe. Plus, I loved Ivo Watts Russell, the man who started and ran the label. He didn't seem like an adult...more like a bright 6 year old.

How was it recording with the Muses last year after a 10 year break?

We didn't take a break really, we just didn't want to participate in an industry whose values were so different from ours. We played live, released an anthology and did a world tour, we wrote and recorded songs, but becoming fan-supported is what convinced us we could release Purgatory/Paradise. The idea of publishing it as a book, like my last solo record, Crooked, suited us and the material; that really sealed the deal. We could then participate without playing the game.

In your opinion was it easier/better experience recording/releasing albums in the 90's or now?

It was *easier* in the 90's because there was a lot of money around and other people got you radio play and press, etc...you didn't have to sell yourself or your work, that was someone else's job. But it's *better* now because there's no middleman between us and the listeners. We are obsessed with what we do, so if we talk out loud about it, we're just telling the truth.

That sounds so lame ;)

Do you think that Record labels are still the way to go or will the new DIY culture (Bandcamp, Soundcloud and self publishing) finally making it easier for you to connect directly with the fans?

How does CASH Music fit into all that?

CASH was developed by our manager, Billy O'Connell, to help us circumvent the traditional recording industry before all those alternatives existed. It suits us because we sell an organic product - bumpy, real, not cool or stylized - and it isn't for everyone. Listeners want their soundtrack and we want to play it, period.

Where do you see the music industry  going in the next 10 years?

I hope that free music, while difficult for musicians and others in the business to stomach sometimes, will educate listeners to the point where they no longer demand style, only substance, in any genre, from any era. Then passing the hat to keep working musicians working will make sense.

Having been in Throwing Muses, doing your solo work and fronting 50 Foot Wave...How did you find time to write a memoir and a children's book?

I'm an insomniac. Also, I don't have a real job.

What are your musical plans for the future? Any chance we will see another new album from Throwing Muses, a new solo album from you, a new 50 Foot Wave album or something new?

Our producer, Mudrock, is currently mixing the new 50FootWave record in LA (we're putting a song a month up at kristinhersh.com, with lyrics and essays) and we'll start basics for the new one early next year.

I'm finishing up my new solo record which has WAY too many songs on it (42)...sounds like 2 or 3 solo records, if you ask me. So I'm hoping a lot of those tracks suck enough to be thrown away. Because I play all the instruments on solo stuff, I can be pretty brutal with the work, having no one but myself to blame when it blows. I kick songs around the room and then out the door.

And I started another trio with Rob Ahlers, 50FootWave's drummer, and Chris Brady (the bass player from Portland's Pond back in Subpop's heyday), called Outros. We start recording in San Francisco this January.

The Muses just finished a year of working Purgatory/Paradise. If I told them we were gonna make another record NOW, they'd kick ME around the room and out the door.

Who are you listening to now and who do you think we should be on the lookout for?

I sold/gave away my record collection this year, so I'm listening to the Nick Drake cd's a friend gave me, but only in my car. Music is too big a deal for me to just let it play in the background - I have to be paying attention - so I tend to avoid the emotional interaction altogether. I'm a dummy.

But you could look out for The Moore Brothers out of San Francisco. They play their own sound, of all things, speak their own language. Very rare.

Keep up the great work. Thanks again for taking time to speak with me. 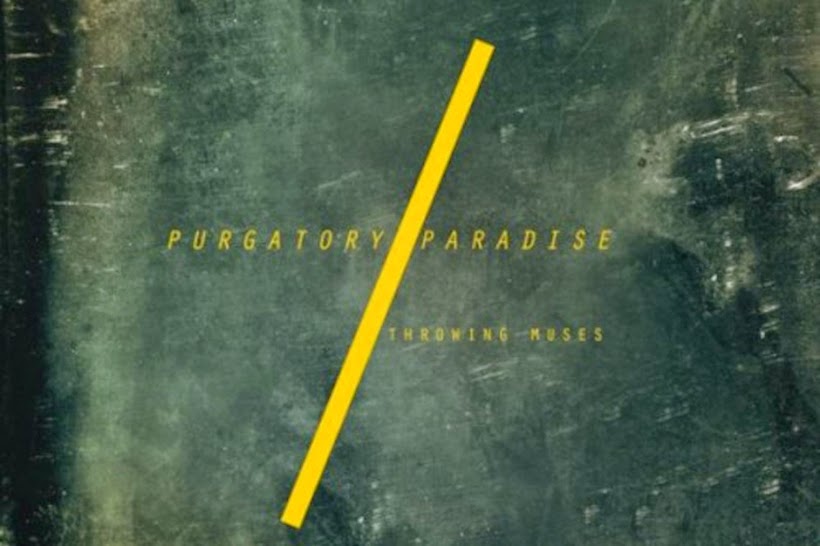 Here are several tracks off the new album.

This album is a worthy addition to a great bands already impressive catalog of music.

Here is the video to the classic 'Counting Backwards'.

Also check out their outstanding in studio performance on KEXP from February of this year.