Infusion - Gettin' Down, Down Under. 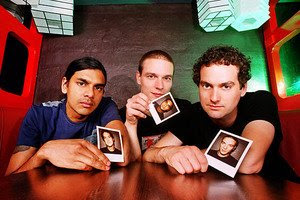 This is the video to 'Better World' so you can get an idea of what they do (for those not familiar with the band).

Here is their Essential Mix from 2004. It was done during their touring for their second album ' Six Feet Above Yesterday '. It gives you a sampling of tunes from their first two albums as well as a remix of Will Saul's 'Cliff'. This really is an Essential Mix!

I hope you enjoy it as much as I do!

Infusion Myspace! (Their new single 'Dogtown' is up now!)

See them on Tour!